For centuries, rituals that carried a huge amount of beliefs were a very important part of life of the european people. In the calendar, the most important holidays were during the solar solstices. The year began with the spring equinox, i.e. the celebration of Jare Gody. In Slavic lands this feast was addressed to the rites of purification, which took their form among others in ritual baths. Slavs said goodbye to the passing year during the Feast of Szczodre Gody, when the sun woke up again. As the sun was travelling through the heavens and the cirle of life and rebirth was reaching it’s peak people celebrated yet another great event.  A day, or rather a night, when the sun shone on the pedestal the longest during the whole year. In the Slavic tradition, the date of June 21 is known as the night dedicated to the peak of life, and this day was venerated as the Kupała Day.

The word Kupała comes from the Indo-European element kump, meaning a group, a cluster, a community from which words such as skupić, kupa (gather, group) come from.

It is known that Kupała as a holiday is devoted above all to the elements of water and fire, both of them having a purifying power. It is also a celebration of love, fertility, sun and moon. An old folk song tells a tale of how it was that during the first spring after the creation of the world, Moon married the Sun. However, when the Sun rose up and shone above the horizon after the sleepless night, the Moon left and betrayed it with Jutrzenka (Eos, Venus). Since then, both celestial bodies are enemies who constantly fight and compete with each other – the fight is the most pronounced during the summer solstice, when the night is shortest and the day is the longest.

The Slav customs and rituals carried out during the event were to provide health and fertility to the community. During this magical night, fires were lit in which herbs were burned. During the joyful games various kinds of fortune-telling and dancing took place. The girls were floating wreaths with lit candles in the currents of the rivers. If the wreath was fished out by a bachelor, it meant a quick marriage for her. If the wreath was swimming, she would be married, but not soon. If it burned, drowned or was tangled in the bulrushes, she would probably become a spinster.

Kupała celebrations began with the ritual burning of fire from ash and birch wood (in some sources only oak wood is mentioned), after all the furnaces in the whole village were extinguished. In the chosen place, a birch peg was driven into the ground, after which an ash-tree hub was mounted on it, a wheel with spokes wrapped in tarry straw. Then the wheel was turned so fast that it began to burn as a result of friction. After that the wheel, still burning, was rolled to the piles of wood prepared nearby, lighting many great bonfires. Those bonfires, lit on the hilltops burned that night throughout the entire Europe. Jumping over campfires and dancing around them were supposed to purify, protect against evil powers and disease. The burning of sacrifices, made up of small game, birds and magical herbs, ensured fertility and prosperity to animals and people.

Kupała is also a night of joining couples. Once, the act of arranging the marriages was a business of the head of the family. But for the girls who were not yet promised to anyone and wanted to avoid the usual form of matchmaking, Kupała night was a great chance to get their beloved. Young women prepared wreaths of flowers and magical herbs, lit candles in them, and in a collective ceremony of singing and dancing they entrusted wreaths to the waves of rivers and streams. The boys who were already waiting nearby, either in secret agreement with the girls, or just hoping for luck – tried to pick the wreaths. Anyone who succeeded was able to return to the celebrating group of girls to identify the owner of the captured wreath. In this way, young people could get matched together in pairs without making an offense to their famlies. That night they were even allowed to move away from the celebrating community and go on a lonely walk through the forest. During this walk, young girls and young boys were looking for a fern flower in the swamps, and finding one would mean a life of good fortune for them. At dawn, they returned to the still-burning fires, and after holding their hands, jumped over the flames. The jump ended the rite of going through water and fire, and on this one day of the year, it was a ritual of marriage.

The Search for Fern Flower on Kupała Night

Legends about the flower of ferns, also called “Perun’s Flower” (tensions in nature during storms were to promote the flowering of this plant) are well known in the folklore and they have survived to this day. They tell of many people who have wandered through the forests and wetlands trying to find a magical flower, gifted with wealth, strength and wisdom, visible only for the blink of an eye – a fern flower. In  Polish and German legends, one should look for this treasure in the deep dark forest. In French  – on the highest hill in the area, guided by the shining of fiery flower, like a torch. In Russian legends, after picking up the burning flower, one should throw it as high in the air as possible and look for the treasure in the spot where it will fell.  Getting this flower was  not easy – visible and invisible spirits guarded it, making a terrible noise as soon as someone tried to approach the Perun’s flower.

Various divinations, very often connected with love, are also held on the Kupała. Fortune-telling  was being done from wild flowers picked up in complete silence as well as from water in wells. Divinations with chamomile and wildflower flowers, savory, chives, seven-year-old mayday tree, mugwort and other plants and symbols of power (like runes). It was also widely believed that people taking active part in the Kupała’s celebrations would live in happiness and prosperity throughout the year.

In many of Midsummer rituals the magical power of herbs was used. Fragrant plants were thrown into the fire: thyme, marjoram, rue, fennel, chamomile, geranium, spreading a strong scent, which was supposed to break all evil charms. Most of these herbs  were supposed to be picked the day of solstice at dawn or at noon. Others used were also yarrow, wormwood, protecting against all dangers, and carob herb, driving out all demons.

We came here from far away,
we burned holy fires,
they will not take our milk anymore
those cursed witches!
Let the rue in the fire crack,
the witch in the fire screams,
let the mugwort branch break,
the witch is on fire …

Girls had their own special Midsummer plant, adder’s tongue. During the day they searched for this herb, and before midnight they stripped naked  with loose hair, bathing in the night’s dew, they uttered a spell:

Adder’s tongue, I’m tearing you,
with five fingers, sixth hand,
Let the boys chase after me.

Today Kupała Night is seen by many as the most Slavic of all holidays.  Slavic Kupała Night is a time of magic and celebration of closeness with other people in your community. It is a holiday celebrating life and love between man and a woman, blessed by the peak of the Sun’s eternal cycle. 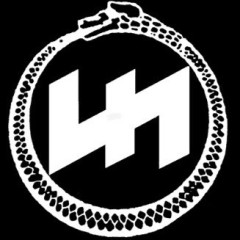